This should be a standard, fully-featured Neovim GUI. Beyond that there are some visual niceties listed below :) 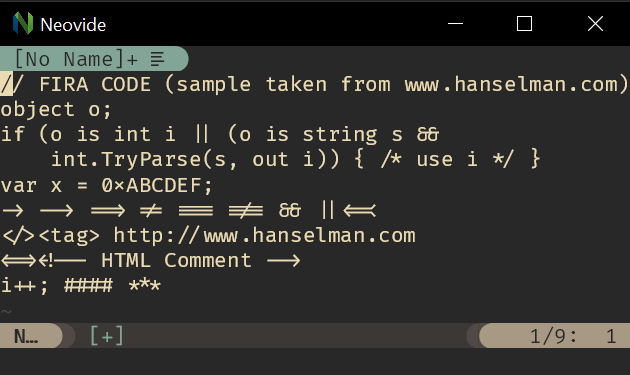 Cursor animates into position with a smear effect to improve tracking of cursor position.

Scroll operations on buffers in neovim will be animated smoothly pixel wise rather than line by line at a time.

Windows animate into position when they are moved making it easier to see how layout changes happen.

The backgrounds of floating windows are blurred improving the visual separation between foreground and background from built in window transparency. 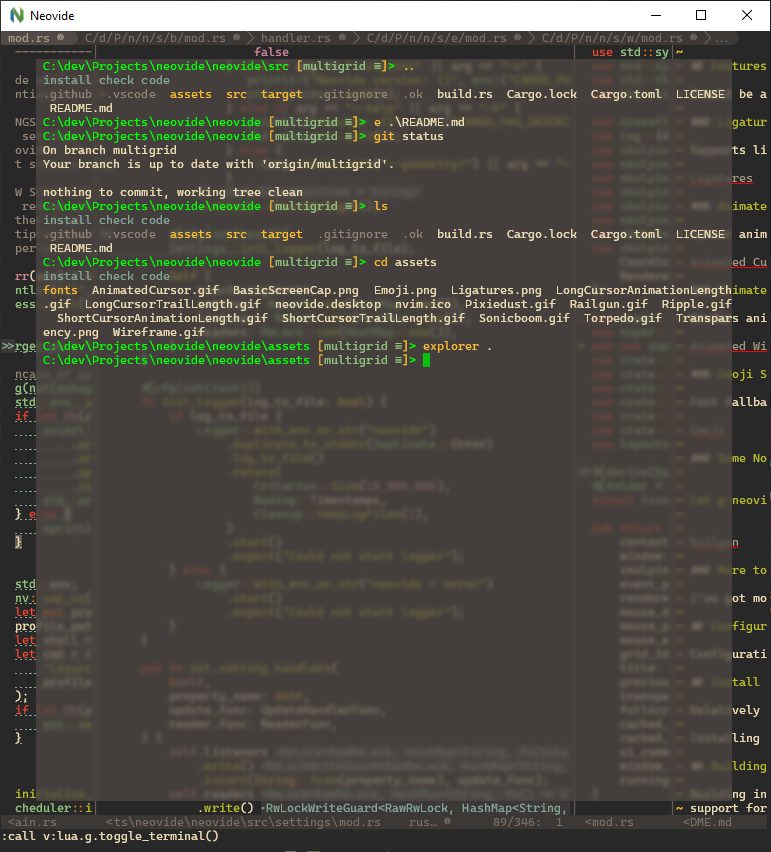 Font fallback supports rendering of emoji not contained in the configured font. 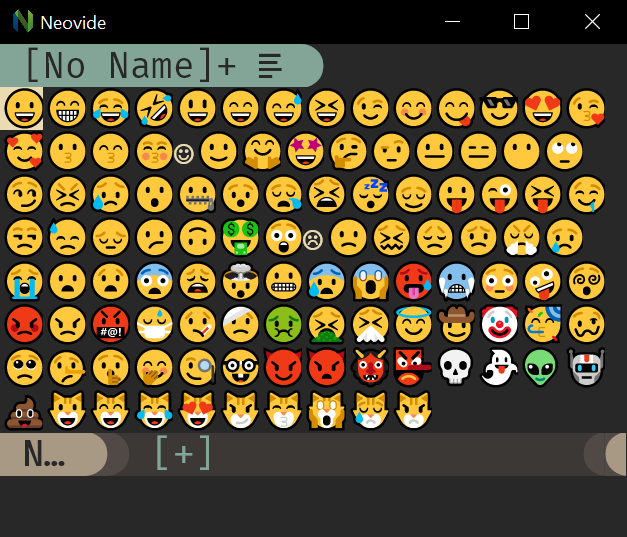 Neovide supports connecting to a remote instance of Neovim over a TCP socket via the --remote-tcp command argument. This would allow you to run Neovim on a remote machine and use the GUI on your local machine, connecting over the network.

And then connect to it using:

By specifying to listen on localhost, you only allow connections from your local computer. If you are actually doing this over a network you will want to use SSH port forwarding for security, and then connect as before.

Finally, if you would like to leave the neovim server running, close the neovide application window instead of issuing a :q command.

To learn how to configure the following, head on over to the configuration section!